There is a small bug affecting downloadable versions of Heart of the Cards where progression is stalled after losing then trying again. Since progress is saved, you can reboot the game and the issue will go away. The WebGL version of the game is unaffected. Updates addressing this issue will occur after the game jam has ended.

There are reports of the game loading slowly in Safari. If you experience this, you can either wait for it to load (and then it will run fine) or use another web browser (ie. Firefox or Chrome)

Basic How To Play
To make a selection, use your mouse to draw over the buttons or cards.

Select a Card, and trace the symbol on the card in order to play it. A very accurate trace will result in a bonus modifier to the card's effect, while having a low accuracy will make your card useless.

Using any of the three augment cards (the leaf, diamond, or lightning) will allow you to play a second card with it.

Advanced How To Play

Fire I: Does 1 damage to the enemy

Fire II: Does 2 damage to the enemy

Fire III: Does 3 damage to the enemy

Water I: Negates incoming damage, and then deals 1 damage to the enemy

Water II: Negates incoming damage, and then deals 2 damage to the enemy

Water III: Negates incoming damage, and then deals 3 damage to the enemy

Earth I: Defends against 1 damage

Basic: Any augment card will remove the need for the player to trace a symbol, and the card will be played with an "average" accuracy level.

- Deals 2 damage to the enemy

- If played with an Earth or Water card, the counter/defense level will decrease by 1

- Defends the player against 2 damage

- If played with a Fire or Water card, the damage dealt by the player will decrease by 1

Card Interactions:
Fire - Fire : Both player and enemy takes damage relevant to the card played against them

Water - Water: Both player and enemy take 1 damage, regardless of card tiers

Water - Earth: The water backfires, and deals damage equivalent to the level of the water card to the person who played the water card

If your trace is between 0-35% accurate, the card you play is null.

If your trace is between 35-70% accurate, the base value of the card is played.

If your trace is between 70-100% accurate, the level of the card played is increased by 1. 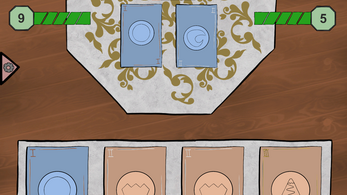 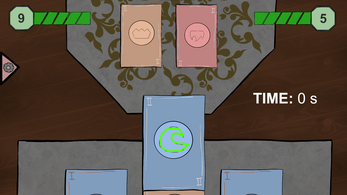 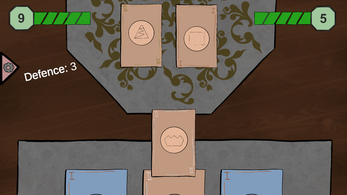 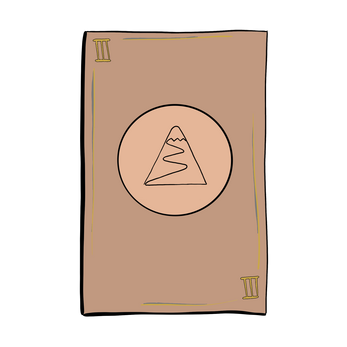 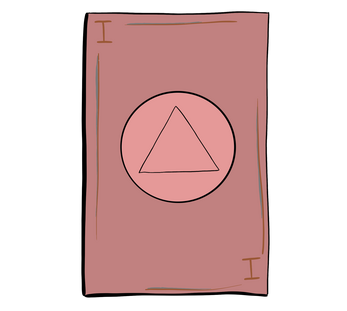 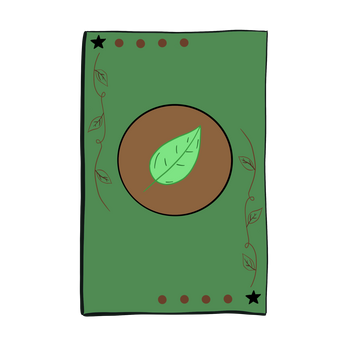 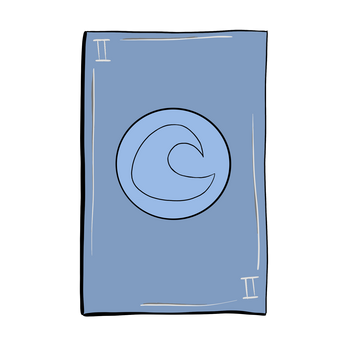